We celebrated the end of the fasting month last week, on Thursday 8 August.

Compared to our same celebration last year, this time round it was a much more toned down occasion.

Initially we didn’t plan to celebrate much, since our no.4 kid is in USA and no.5 kid in France, both studying…

Two days before the big day, I (for the first time) went to SP Setia Welcome Centre, to collect some of the Raya packets (we put money inside, to be given as gifts to relatives/kids) that the developer is distributing for free: 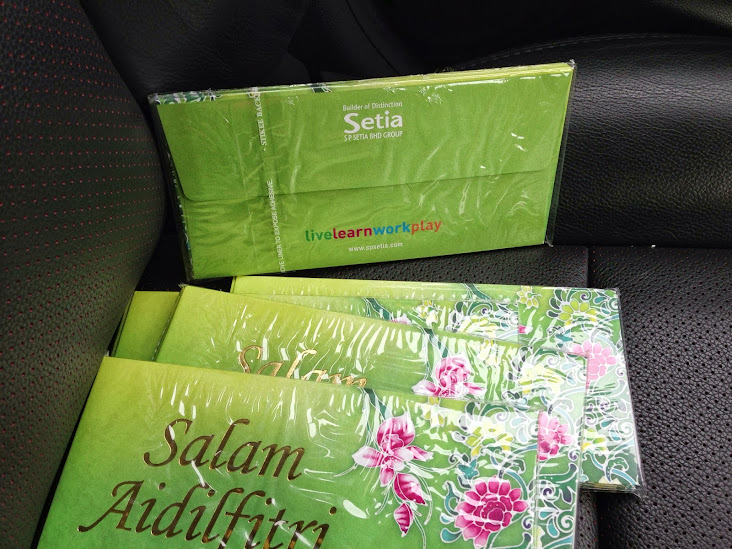 We left for Kota Bharu at 10.30pm on the even of the big day, and arrived at MIL/FIL’s home 7 hours later (that’s the typical time taken on a normal day. We certainly managed to avoid the jam because by the time we left for KB, the bulk of the “Balik Kampung” people had already reached their destinations.

It was a simple celebration. We managed to have a rare extended family photo taken: 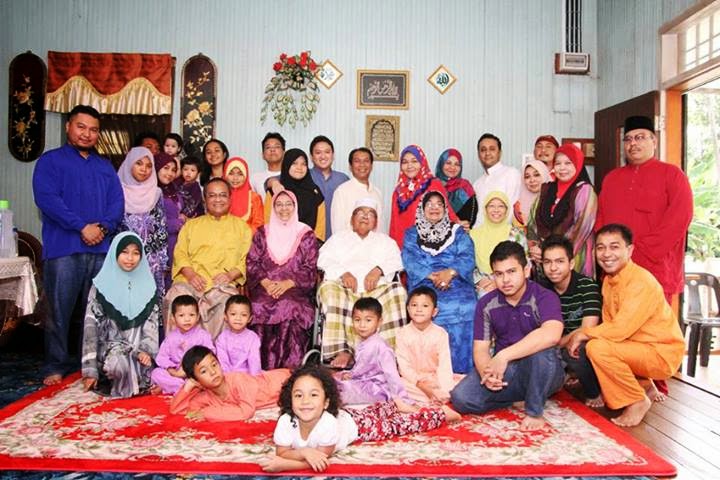 DH and I stayed home most of the time (sleepy for sure), playing hosts to relatives and friends who came visiting. It was only on the 3rd day that we decided to visit DH’s friend. After the greetings and hugging, I managed to snap this picture of both of them: 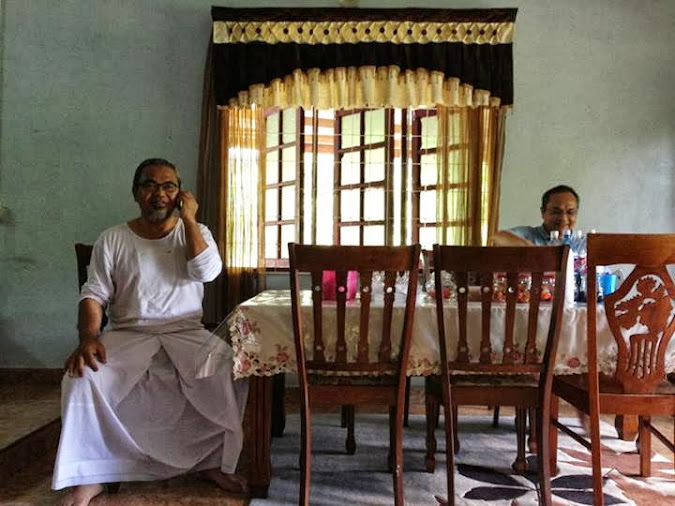 Later that night, on our way to my alma-mater’s gathering, we stopped at another of DH’s friend’s house. A rare photo was also snapped that night: 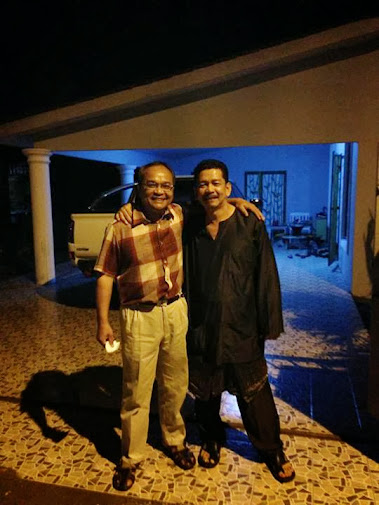 Oops, did I forget to tell you that Sadki (in the picture above), was also my senior during my secondary school days (he was DH’s primary school buddy).

Here’s the gathering in the school hall (we were still waiting for more to turn up): 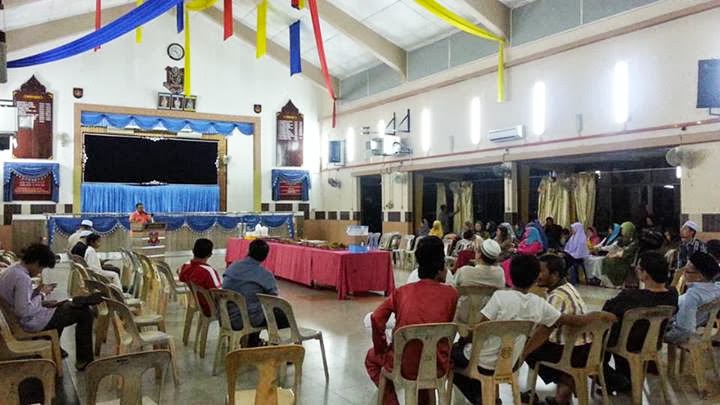 I was rather in a hurry, but here’s one of the pic of me, taken by another friend/senior (Shukri Hamidi): 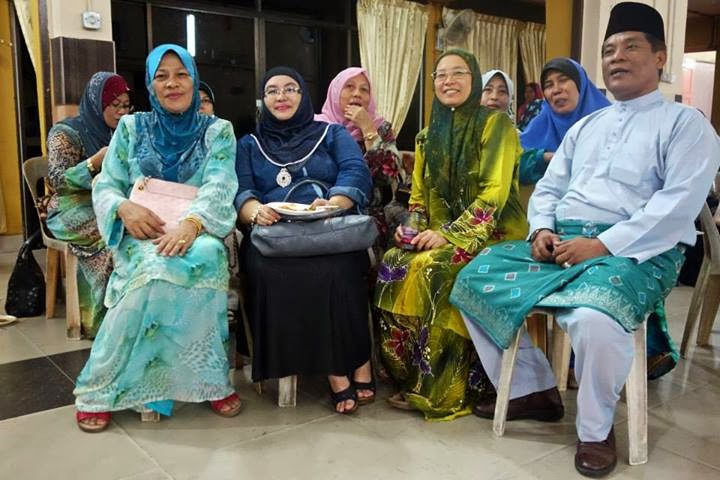 I left the function early because I promised Azam to visit him at his parents’ house. Azam lives in UK and is home for a short holiday. His father was my teacher. I wrote about him/cikgu (teacher) here.

Here’s a picture of (from right) Azam, DH, Cikgu, and me. 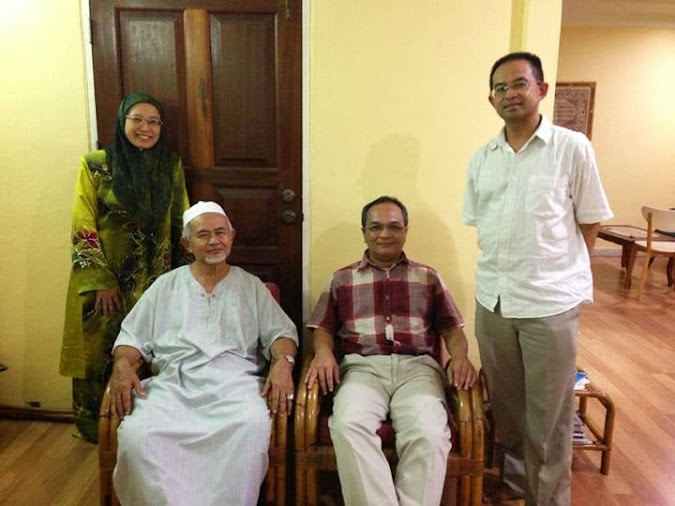 We arrived at cikgu’s house at 10.15pm, and stayed there for over a hour, before we rushed home (FIL & MIL’s place).

That night we left for Kuala Lumpur at 12.30am, and arrived home 7 hours later (we certainly managed to avoid the traffic jam/rush that day 🙂 )