After visiting the palace, we took the underground train to Gion, the Geisha area. We had a nice walk around the neighbourhood, though I don’t have any picture to show 😦

We then went back to Kyoto Station to have lunch, after which we took a train to this place: 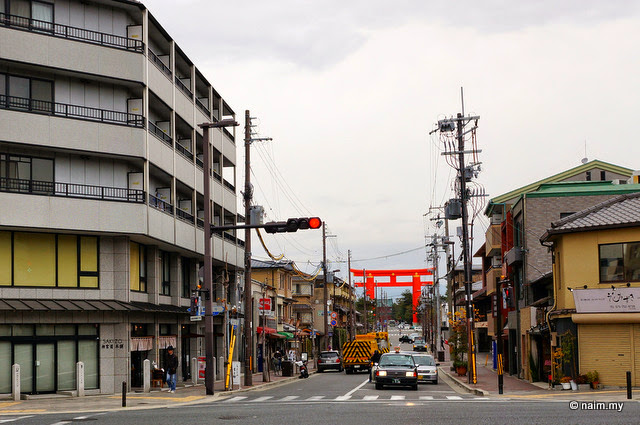 There’s a famous shrine here, where you can see so many Tori gates!

The suburb is so peaceful; 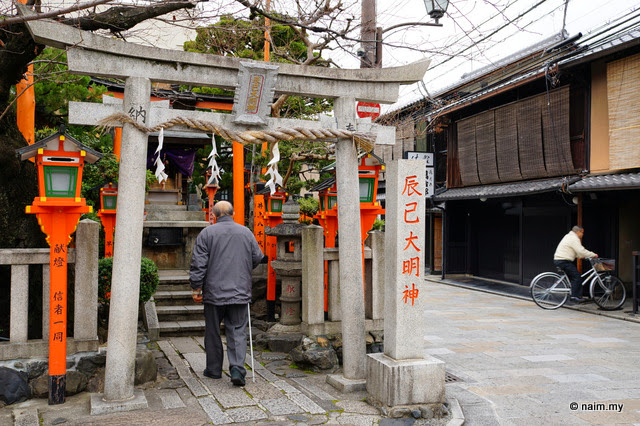 Even the walk was very enjoyable: 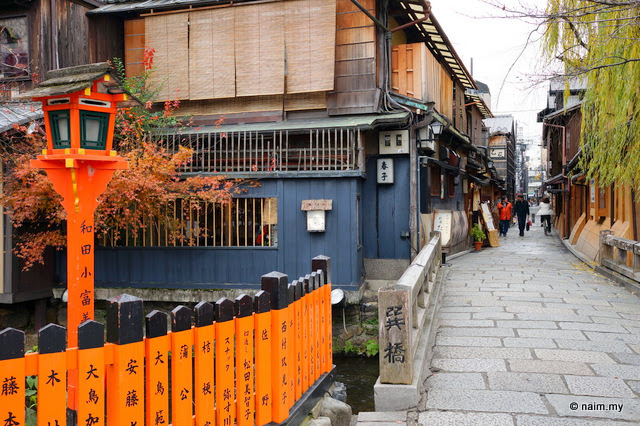 As we entered the Fushimi Inari Shrine complex: 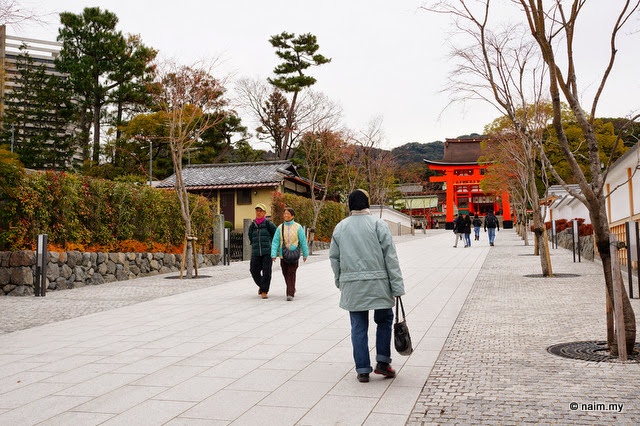 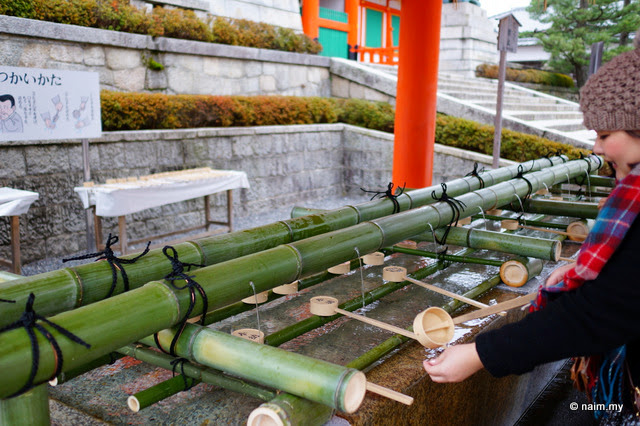 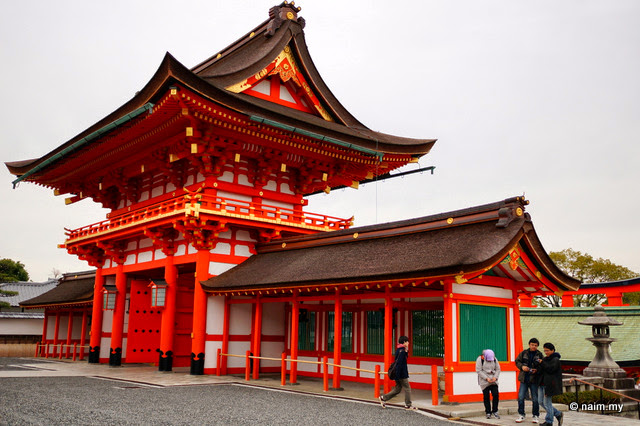 As we climbed the steps up the hill: 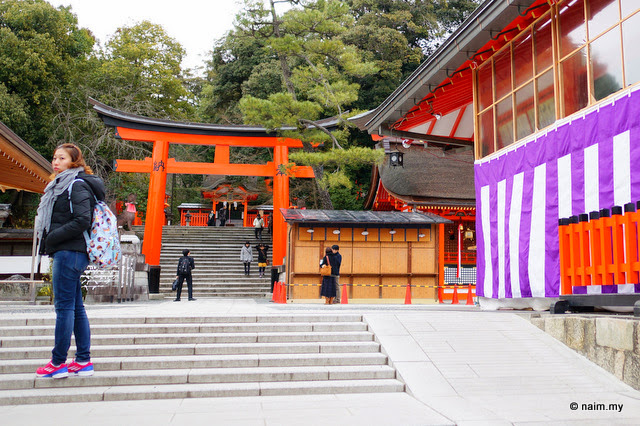 While DH captured this image down at the temple: 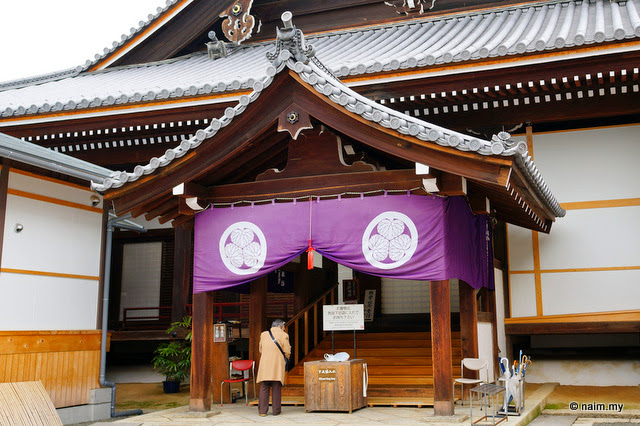 We were up the stairs, but still needed to climb further: 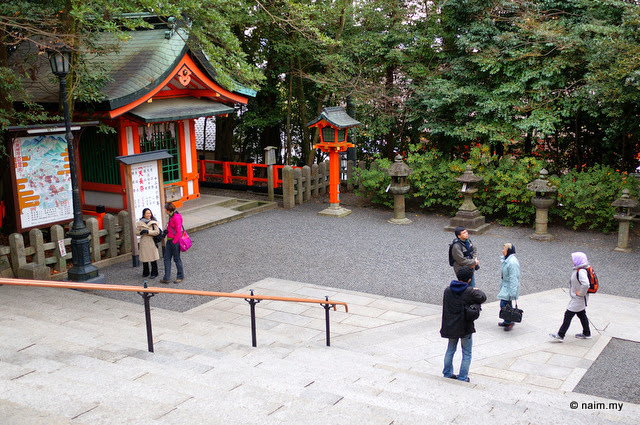 At the higher part of the hill we were greeted but tori gates arranged in a row: 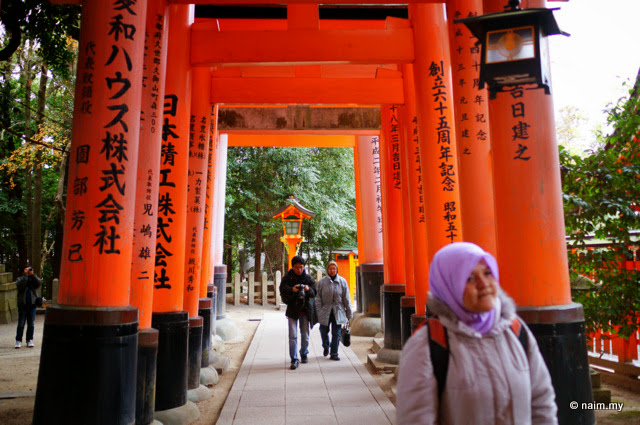 So many of them: 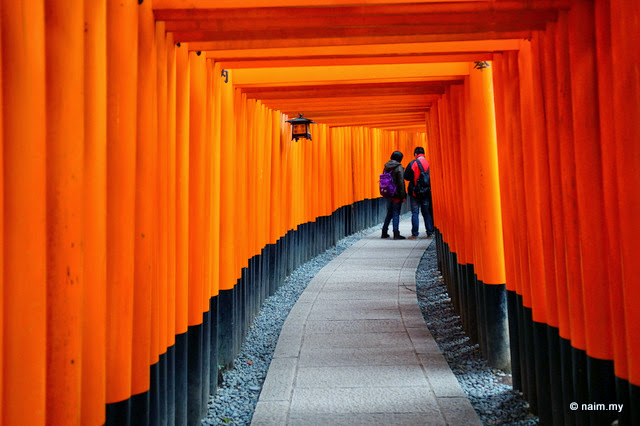 The walk up was a long one: 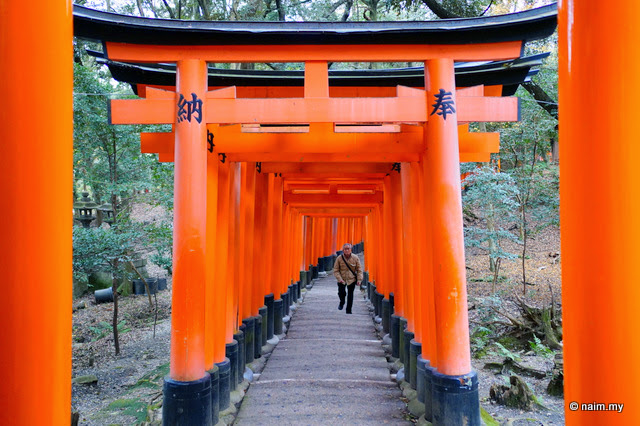 These are gates donated by worshippers: 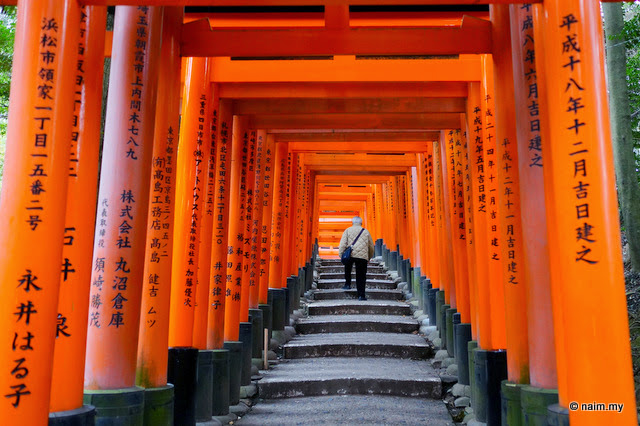 At certain points, the gates branch out! 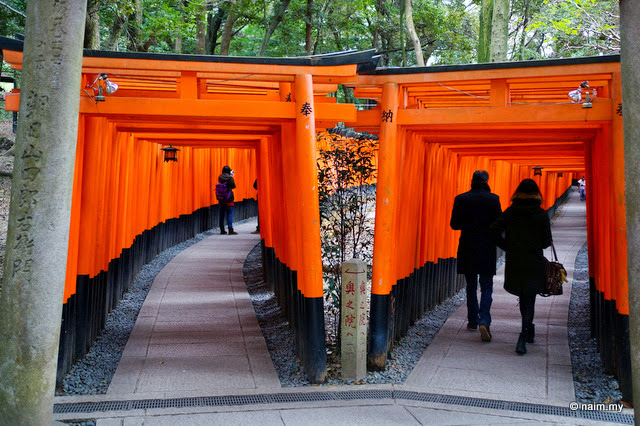 Tired from previous walk, I decided to walk back: 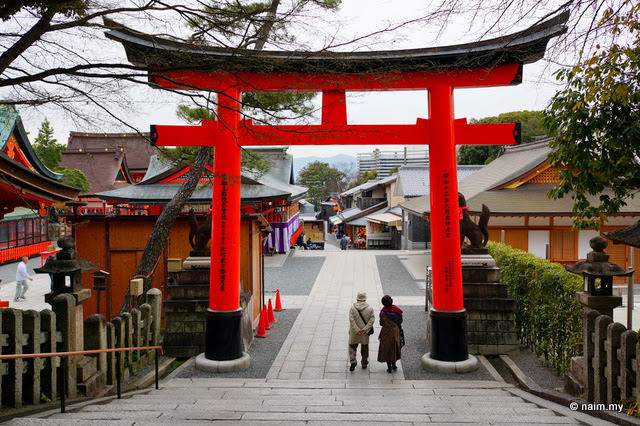 and came across the prayer papers tied to the fence: 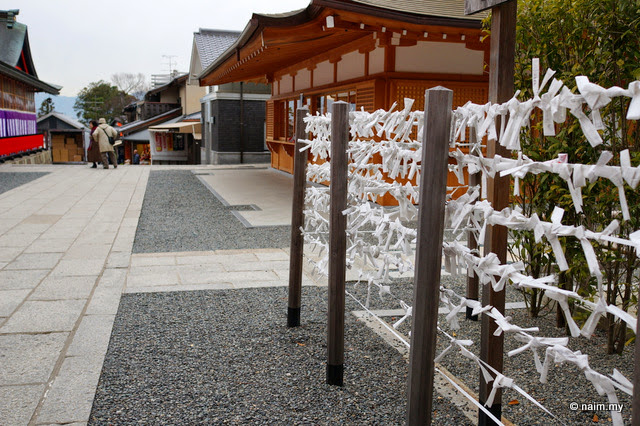 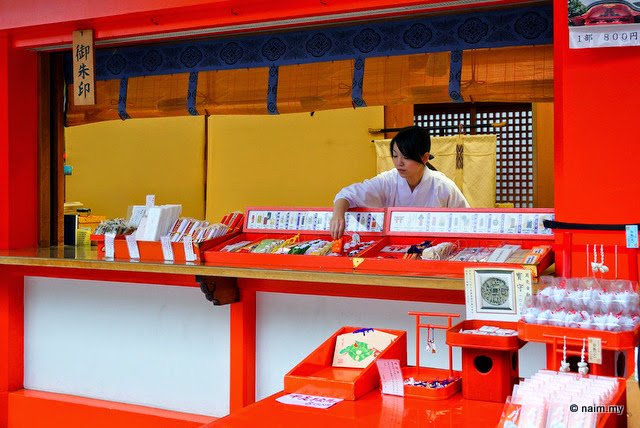 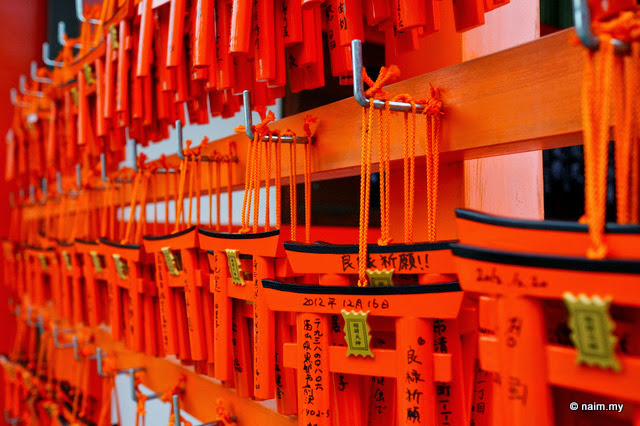 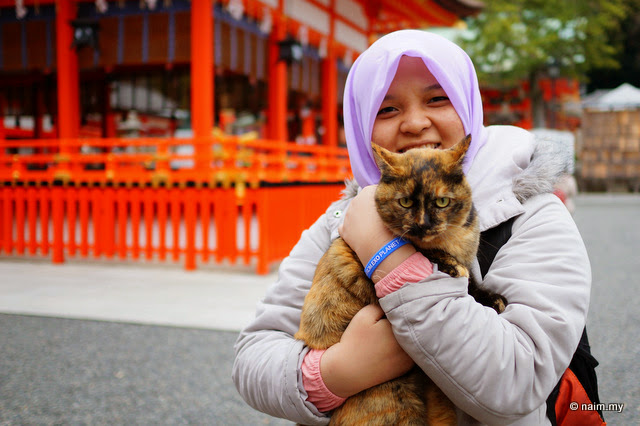 I have never seen so many torii gates in my life, huge ones at the entrance/exit: 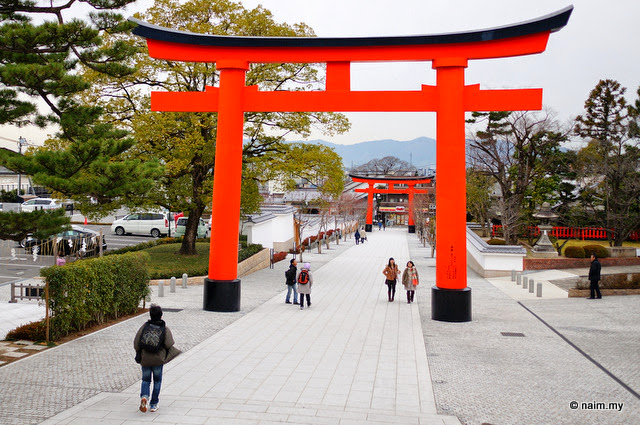 Waiting for our train back to Kyoto: 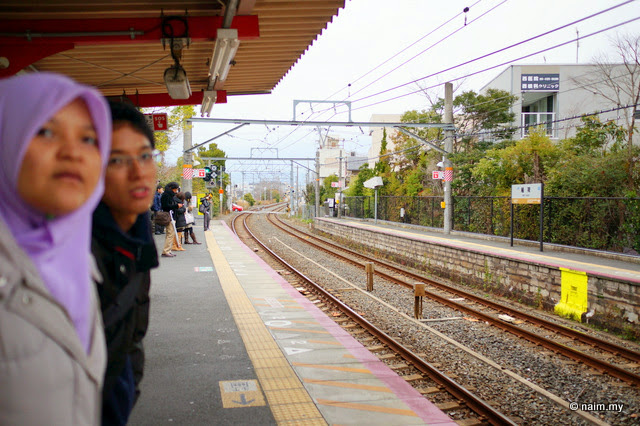 I think we just managed to beat the peak time 🙂 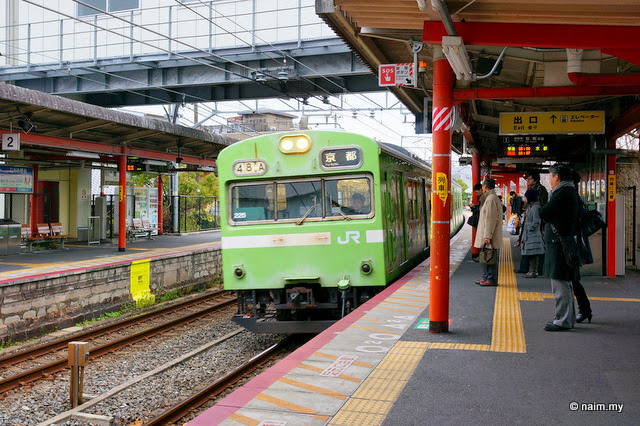 Happy to be able to rest our tired feet: 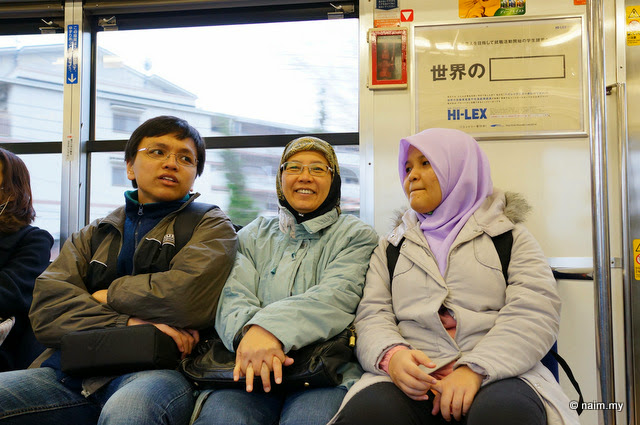 We got back to our hotel rooms, and I continued to watch the bullet trains from my hotel window 🙂 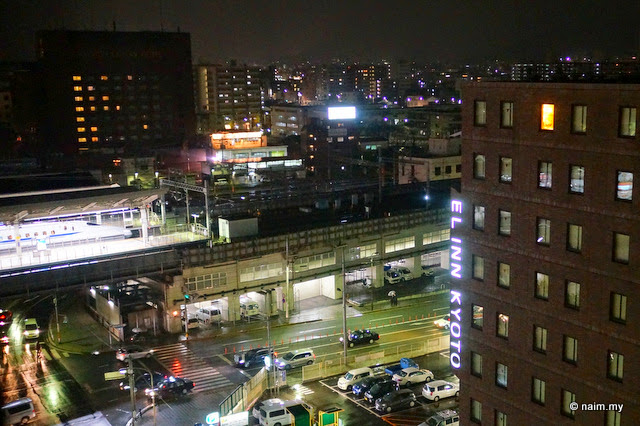 The following morning we took the train to Osaka Airport to catch our flight home.